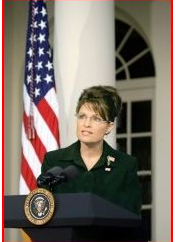 The Constitutional Party's candidate for president Virgil Goode of Virginia has been confirmed as having raised enough signatures to qualify to be on the ballot in Virginia in November, as per the report AT THIS LINK.

This appears the end of the GOP's desperate attempt to keep him off the ballot by challenging his signatures, as they did successfully in Ohio although they are attempting one last throw of the dice. Even if ultimately succesful, that sort of desperation might have a worse rebound affect if voters view their genuine wishes having been thwarted by trickery.

Goode's Virginia access is worse than Ohio for the GOP's hopes as, as I set out below, it is President Obama's firewall state and if Romney loses it his path to Electoral College victory is extremely difficult.There is a path but it is highly improbable and requires the House to choose the president.

The other possible disaster or the GOP, as pointed out in analysis, is that Goode may have a negative effect on the Virginia senate race tipping thevery close race to the Dem's
and keeping the senate in Dem's control.

Regarding the possible Romney path to victory via the House of representatives, the resident poltical analysts "technopeasant" at C4p advises;

Here is what is possible (Using the Rasmussen model of the electoral college):

Again if Obama loses WI (Wisconsin) it becomes 269-269 a tie. I definitely would NOT rule that scenario out.


Virginia is, according to the analysis of many pundits, the key state for the 2012 campaign.Here is the latest update from the website of the Constitutional Party AT THIS LINK .

There is a very strong possibility of Goode drawing enough votes from Romney to ensure President Obama takes the state again. If that happens and even if Romney won Florida/North Carolina/Ohio and Iowa he would still lose.
This begs the question, if Palin were the nominee would Goode be a factor in Virginia? Would he even have obtained the required number of signatures?


President Obama said on the stump in Roanoke Virginia, and quite correctly " When we get Virginia we will win this election." As the map below shows, yes indeed, Virginia is the key to the November election. If Obama carries it he can lose North Carolina, Florida and even Ohio, and still get to the 270 Electoral College votes required.

This also goes to show how difficult Mitt Romney's battle in the Electoral College is.Even if Romney wins Florida he still loses 279-259 as per the map below.

Of course anything can happen between now and November and if there is a massive economic collapse President Obama might well suffer the consequences as did John McCain in 2008. McCain had, because of Sarah Palin, actually passed Obama in the polls, but once Lehman Brothers/TARP and McCain suspending his campaign eventuated, nothing Palin could do could save him.

But barring an October surprise of such magnitude, fact that the election could well be over, all bar the shouting. Virgil Goode, the presidential candidate of the very conservative Constitutional Party will be on the ballot in a number of states, including Virginia and perhaps Pennsylvania and Colorado. Obviously 1-2% of the vote, taken from Romney, may make all the difference, but it is Virginia,which Obama won closely in 2008 that matters most.

Goode is from, and very popular in, down-state Virginia. Which is, unfortunately for Romney the conservative part of the state. It is key to balancing Northern Virginia, where Obama ran up huge majorities in 2008 which enabled him to defeat McCain in this previously safe Republican state.

PPP Polling has released Virginia polling which found President Obama leading Romney by 8 points 50%-42%. Naturally there will be ups and owns and the race has tightened to the around 2% that Obama won it by in 2008, or Romney might have won it sans Goode by that margin. But with Virgil Goode now on the ballot, this PPP polling result, in italics below,
FROM THIS LINK could be utter disaster for Romney;

"-If Virgil Goode gets on the ballot in Virginia it could spell trouble for Romney. He pulls 9% of the vote, getting most of his support from Republicans and conservative leaning independents. With him in the picture Obama's lead pushes out to 14 points at 49-35. It's highly unlikely Goode would get 9% in the end but he certainly could make a difference if Virginia ended up being more like a 1-2 pt race. Goode staying off the ballot may be vital to Romney's prospects there."

Of course, and as PPP rightly points out it is unlikely that Goode will get 9% even given that he is a local and well liked but if he takes even 2% which seems quite possibly given the possibility of a "Mormon Bradley effect" then Virginia would be lost on current polling and with it most likely the election for Romney. Everything between now and November 6th is chasing the wind politically, with Goode gets on the Virginia ballot the election is effectively "sound and fury signifying nothing" and the wind will be a hurricane in favor of President Obama.

Here is an earlier local report (you can read the entire column) which explains the 'down home appeal and significance of Goode in Virginia
AT THIS LINK from the Richmond Times-Dispatch which the rest of the media has chosen to ignore for obvious reasons as if the election is over they will have nothing to write about. 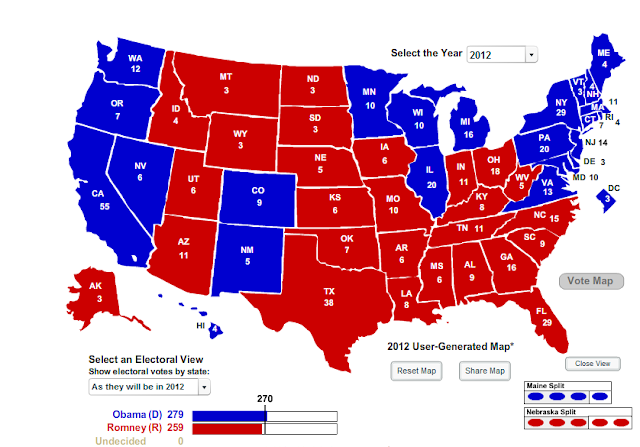